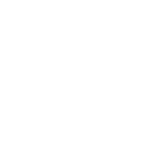 The city that never sleeps- full of vibes that are positive, negative, perturbing, and inspirational. It’s a place that always fascinated me. I fulfilled a pursuit to live in the vibrant city when I was fresh out of university at 21. Landing a job in a major investment bank as a junior financial analyst and a position on its marketing team brought on both daunting challenges and unique living experiences to last a lifetime.

The last time I was in NYC was in 2013. I flew in for one of the most crazily entertaining, pioneering, emotionally provocative and totally off the rail shows: the Yeezus tour. It was worth my 12-hour flight in to see it.

On 5th September I went to The Saint Pablo Tour- which brought another legendary performance to the Garden. Surfing above a fashion-forward crowd of many who were decked out mostly in West staples of Margiela, Supreme, Pablo Merchandise and Yeezy shoes he told us to "remember this night, this moment" - I will…

The day after was kicked off with back-to-basics visits to iconic sights: the Empire State building, only a few blocks from where I worked and familiar streets that packed more to see and remember with their own rosters of restaurants, cultural hotspots and unforgettable activities. I then headed downtown where I made the essential trek-worthy visits to stores like Flight Club, Stadium Goods, Kith, Opening Ceremony, and the Rick Owens flagship. When you feel that the evolution of streetwear is interwoven with New York City-even though some iconic brands were not born in NYC-you instinctively know such clothing have drawn inspiration from the city life style, and has its coming of age in the city. It also isn’t an understatement to call NYC one of the world’s best sneakers hotspots. So many covetable models are dropping literally every week that the shopping for sneakers is turning into a practice worthy of being a science. Ultimately it’s not what you buy-or whether you buy or not everything hip or trending- it’s how you represent yourself. It’s a personal style that doesn’t always need to reflect current vogue yet can be distinguishable as an urban style to the general public.

I then headed to the Brooklyn Bridge, another icon of New York City, connecting Manhattan and Brooklyn on the East River. I switched up the kicks while I was there and laced up the freshly unboxed Hender Scheme 4s.

The day ended on a high note: a meet and greet which were both memorable and humbling. It was an experience where I realised that when it comes to being in a position that inspires and encourages, everyone has a place in the niche-that’s just the reality. If your value is in your knowledge, education, experience, creativity or potential, one of these or all of these, the social world has a place for you. And when you continually work towards evolving, learning and growing, embrace the things you learn as you’re learning them because it will all be a part of your story eventually. New York City, until next time.